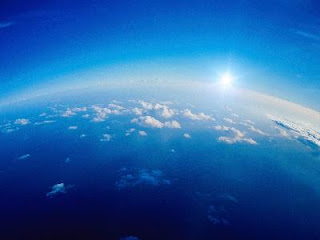 more often than not, one runs around in circles, and cycles, just running, and running, and running. before you know it, it is found, somehow, that one is back, right where one started. one wonders in amazement and disbelief after all that legwork, but to go along, there is also refound knowledge of oneself, and a whole new world, thanks to a new found perspective.

it is easier said than done for one to try to see beyond. beyond the horizons, beyond the scope and lousy limitations of the human eye and mind, beyond oneself. when finally that is attainable, the epitome is reached, and a parabola is created, strangely, somehow. the world is no different than from what it was, yet, it just ain't quite the same.
running away never helped anyone. however, in the light of true stupidity, it is all one does, without fail. oddly enough, little as it might be, there is actually merit in such an act. unfortunately, it can only be seen, after it has all been said and done, when one has reached the other side, through an idiosyncratic epiphany, after an imbecilic squander of precious time.
Posted by the chubby dodo at Wednesday, December 17, 2008