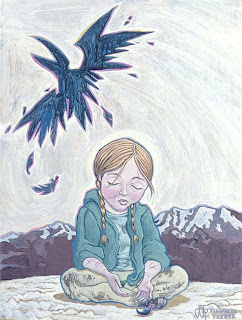 letting go is known to be one of the hardest things around to do. as much as one tries to pinpoint and tag it down to a justifiable ratiocination, be it to the despicable human greed, or the contemptible human pride, the ambiguity of the wretched process has no pound of reason, let alone an ounce of sense. so much for intellectual postulation.

in all honesty, a newly made girlfriend's amazing ability to do just that, and with the ease she did it with, was quite an eye opener. in short, think it can be said that she is one with bionic adaptability for all the angst and despondency her inner world seems to circulate around. perhaps it is just such, that this dumb dodo is really of a different make of idiosyncracy that is beyond regular comprehension.

for some reason no one can ever explain, or ever know for the matter, erratic eldritch behaviour just haunts and pervades my being. letting go is an impossibility. or if lucky, an eventuality that will be, ever elusively, out of sight, out of an internecine grasp.

in all technicality, letting go, does not equate to give up. yet, it is as it is, and it does not seem so.