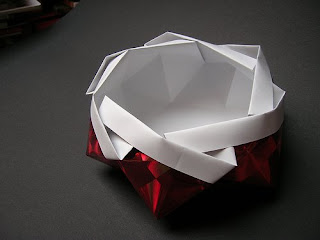 pardon the raging rant yesternight, being ill for an overly extensive period has made a grouchy grump out of me, on top of the other stuff that one has to deal with on the plate. guess that explains the lack of appetite, because seriously, it ain't child's play to stomach. on hindsight, numerous others would have had worse, so will try to count my blessings, thank the heavens and kiss the ground. on second thought, not that last bit there, so forget that was mentioned.
in any case, honestly do not think me would go "forgive me god, i know not what i do", for am generally a pretty flexible and amiable sort. however, when rubbed the wrong way, it be best not to cross paths with me a second time if one values one's life. yes, perhaps vengeful spirit me may be in a past lifetime, for this one never forgives, and never forgets.
well, spent a good part of my day helping out a boy friend doing supposedly brainless "easy" work. it was brainless alright, just nowhere in the category of easy. the best thing about it, was that another girl who happened to be called in to help out is a close girlfriend of mine. how small can this lousy world get? apparently, very. although it was really wonderful to meet her again, so the work session became our catch up tete a tete as well.
what were we doing? being a home operational fancy smancy invitation factory production. yesterday's part was just the stage one of the whole production line, namely box folding. all bloody eight hundred of them!?! felt damn cheated when my boy friend told me it was only five hundred. five hundred my ass. thank god am paid for this, or hell, without a doubt, shall be raised.
it was seriously through sheer endurance that we managed to pull through the night to finish the folding. the floor looked like a battleground, scattered over the vast spaces of the couches and living room floor like haphazardly strewn paper carcasses of miniature mount everests. what irked the girls who were there to be factory workers, was that after all those hours of work, the works of art are more than likely to be junked into the trash. and each piece of "junk" costs thirty dollars each, the exclusive very important people's goes up to forty bucks. eyepopping? yes it was, in every sense of that word.
at a certain point, it just became body over mind. reminded me of the long distance eight hundred metre olympic swimmers. we were probably no different except for the arm, leg and body movement, for we had the achy arms, wound up shoulders so tight we would probably have developed broad swimmer like shoulders overnight, and awfully sore fingers to boot. in all honesty, we could probably do the whole hazelnut cracking thing like in an old jackie chan movie. that was really some pretty major finger kungfu training exercise. in an instance of any dangerous emergency, it would be very useful for nutcracking, literally.
the inaugural factory startup was at three in the afternoon, after which it was in continuously worked, to the bone, till past one in the morning. there was only like, a half hour dinner break? in hard work where we slog like donkeys and cows ins slavery, girls unite! somewhere along the way, a "workers' union" formed, and quite nearly successfully pulled off a strike against our "boss". the complaint was brought up to "higher management". too bad it fell through despite the terrible ill treatment, because our joints, any place that had a joint, were all creaking and cracking at the end of it. no joke.
oh well, woe is me, it is back to work at the grindmill. it would be stage two of the factory production line a little later. how fun, not.
Posted by the chubby dodo at Wednesday, September 10, 2008

You always have a way of making me feel better. I miss you too my dear. Where's our coffee session?!!? I want to have some good old soul talking with u. ;)

I'm glad that I am not in your bad books. =D

the little one said...

hi sweetie...
so totally agree that we need that good old soul talking session... soon when the bug stops being a pest and goes to the land of far away... promise...;)!!! -fat hug- miss u trucks...

the little one said...