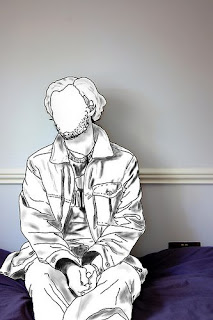 ever heard of the saying that there is person somewhere around the other side of the world who is technically, in a roundabout way, your non biological twin, considering the "imitation" is a walking replica of you??? ever had another person go, "you look like so and so"??? in all seriousness, am pretty sure that happens at least once, at the very least, in this lifetime, what more the possible others, if other lifetimes even exist in the first place that is.
believe it or not, have heard and had the "you look like so and so" bit a little too often for comfort in this recent period. not to say that it ain't a compliment to say the very least, considering the "so and so" names that have been thrown out are pretty, well, prominent. and if in the case one does happen to be genetically gifted and blessed with some sort of penny's worth of semblance to those few famed "so and so" beings, thankfully human, then one ought to feel honored, not to mention complimented, no???
if anything, if anything at all, compliment aside, one only ends up feeling as if one does not have a face to call one's own. goes to show, that perhaps, one ain't quite so unique after all, and a face, is no more than a template of a blank palette with contours of a pair of eyes and ears, a nose and a mouth that can be construed to look like another with skillful deft brush strokes of facial paint. at the end of the day, one is just, well, to put it bluntly, faceless, and there is no me to begin with.
Posted by the chubby dodo at Saturday, June 13, 2009

You are you. Doesn't look like anyone else but you, beautifully.