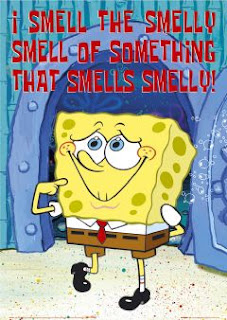 one knows one is loved by one's parents when:

1) one's daddy discreetly changes one's toothbrush just because the concurrent one is a little old, with the bristles starting to sprout in a haywire pattern and the color indicator, which hollers "time for a toothbrush change", just about to completely disappear into nothingness. not to mention, it is of a favorite color at that.
2) one's daddy plays chauffeur in the middle of the night, at any godforsaken hour one rings the "help, am stranded" button, or any time of the day if a ride back is really needed, without a single word of complaint. got to put a disclaimer here that this service is used very sparingly and only in cases of emergency, like when one is about to flop dead on one's feet.
3) one's daddy hangs one's medication on the doorknob or on the table, and monitors the medication taking moreso than oneself, like a hawk to be precise.
4) one's mommy buys and puts one's favorite foods on the table or leaves in the refrigerator in a nonchalant manner as if it was there before, just sitting around, when it had just miraculously appeared out of nowhere as if whipped out by some elusive fairy godmother. she even queues up like some mad woman at some god knows what supposedly famous, opens once in a blue moon, roasted barbeque meat noodles stall for a good hour, just so she can share that rare unforgettable morning breakfast moment with one. even better, she packs it so that it is pretty much a breakfast in bed moment.
5) one's mommy texts, calls and bugs one "have you eaten yet???", "remember to eat" and leaves notes like "hungry??? food in the fridge", "do not eat the leftovers, leave it for me, bought xxx for you" lying around on the door, on the refrigerator door, on the mirror and any other surface that allows for a post it note to stick itself to.
6) one's mommy hangs out one's laundry after the washing machine has decided to be done with its spinning rounds just so one can have a little bit more sleep because one has been that tired out from the shooting madness.
7) one's parents nag, yell and whinge one's ears off, but only because it is out of loving concern that they say what they say, and do what they do, even if it does grate on one's nerves at times.
8) one's parents mask up like ninja warriors due to the swine flu epidemic when they enter one's room to send food and medication to the quarantined bed patient suffering from a really lousy bad bout of regular flu.
in return???
one knows one loves one's parents, when one attempts to tolerate the despicable pungent pong that rushes out like tsunami waves and slaps one's guts inside out when one opens the refrigerator door that comes from a horrendous green prickly abominable atrocity, just because it is their age old delightful love. even if it is that disgustingly stinky. till then, reckon it is in one's best interest to stay a mile away from that refrigerator door, at least for the next two weeks, to preserve one's sanity, even if barely.
Posted by the chubby dodo at Tuesday, June 02, 2009

I don't like durian too. My family sometimes push bits into my mouth. Guess love's expressed differently. haha.